The MLA Final Rule requires all types of credit products to adhere to the laws of the MLA. Now, financial products from payday lenders, cash advance providers, and credit card companies are all subject to MLA interest rate limitations and other protections.

"Under the existing rule, the prohibition against requiring a covered borrower to submit to arbitration applies only to certain payday loans, vehicle title loans, and refund anticipation loans. Under the final rule, the prohibition against requiring arbitration applies to agreements for a significantly broader range of credit products, such as credit cards and deposit advance loans."

"Short-term, small amount loan means a closed-end loan that is– (1) Subject to and made in accordance with a Federal law (other than 10 U.S.C. 987) that expressly limits the rate of interest that a Federal credit union o ran insured depository institution may charge on an extension of credit, provided that the limitation set forth in that law is comparable to a limitation of an annual percentage rate of interest of 36 percent."

Stay or Vacation of Execution of Judgments, Attachments, and Garnishments

Lenders requesting a judgment or a garnishment of wages must suspend their lawsuits until the plaintiff has been out of military service for at least 3 months. This protects service members who are actively serving in the U.S. military from having to subject themselves to potentially costly financial affairs.

As the MLA and SCRA have affected the ability of military members to take out some types of loans and has systemically reduced their access to short-term credit during their enlistment periods, a variety of so-called online "payday loan alternatives" have begun to appear in the marketplace. These short-term borrowing products portend to be MLA and SCRA compliant, restoring short term loan access - at fair rates - to some portion of the military borrower market. While not a perfect solution, the rates and fees attached to these "payday alternatives" appear to be much more in line with those of traditional credit products, though access to these services is limited by the same traditional factors (such as credit score) which had often made "payday" loan products the only ones for which some military borrowers could qualify in the first place. 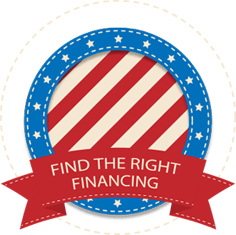